Texel (pronounced Tessel) is a small island off the north-west coast of Holland, accessed by a short ferry ride from Den Helder. It's only about 15 miles long, mostly flat as a pancake, and mostly agricultural. However, there are plenty of good birding areas, with an extensive coastal dune and wetland system on its west side, with other small wetland areas scattered around the rest of the island. It's position on the north/south migration route makes for a great species list, and there are some significant breeding species such as Spoonbill and Bluethroat that make a visit well worthwhile.
I was there late April on an "Instructional Photo Tour" with ace American bird photographer, Arthur Morris (www.birdsasart.com), whose blog I follow regularly, as it gives great advice for bird photographers as well as showing his great images. It's the first trip I've been on that was dedicated to photographers, rather than birders trying to get as big a list as possible, and it was great working with a bunch of like-minded people (6 Americans, 1 Dutchman, and 1 German). We all got some good advice on technique in the field, as well as some useful "Photoshop" tuition, and, despite my advancing years, I learned a lot. I particularly learned to keep shooting despite inclement weather (the coldest Spring on record in Holland meant birds were few), and that nice images can be made with common species (common to us Europeans, that is - a Black-headed Gull is a new species for most Yanks!). Here are a few images that survived Artie's critique!

Bar-tailed Godwit (Limosa lapponica) in Summer plumage.
There were plenty of these around, some still in winter plumage, some moulting, and some in this wonderful Summer plumage. 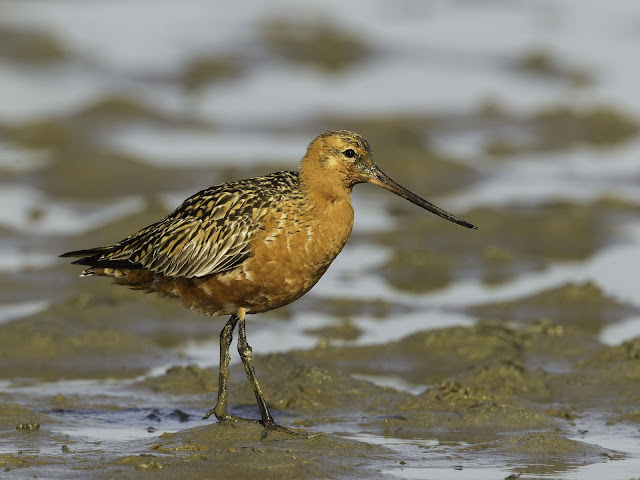 Common Terns (Sterna hirundo) mating.
Because of the cold Spring, most species (apart from the Avocets) hadn't started nesting, but the low temperature didn't put these two off getting started. 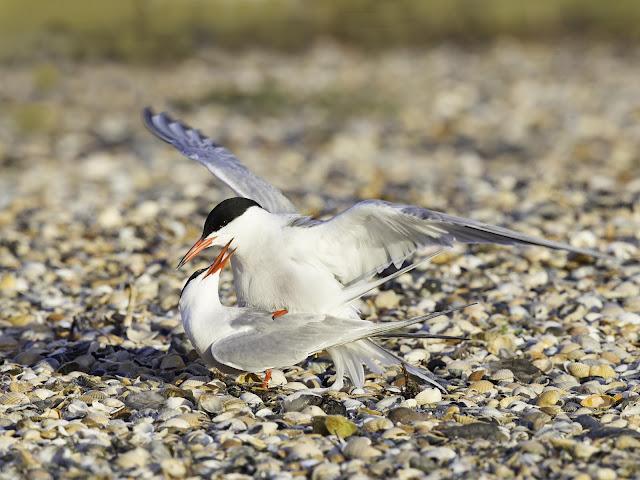 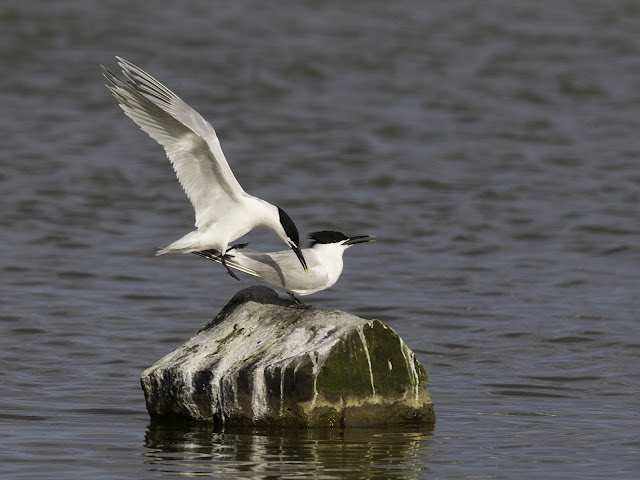 Common Tern (Sterna hirundo) in flight.
There's always a good chance of flight shots around a Tern colony. In the original image the bird was too far to the right in the frame, but by the use of the Move Tool in Photoshop, a better position was achieved. 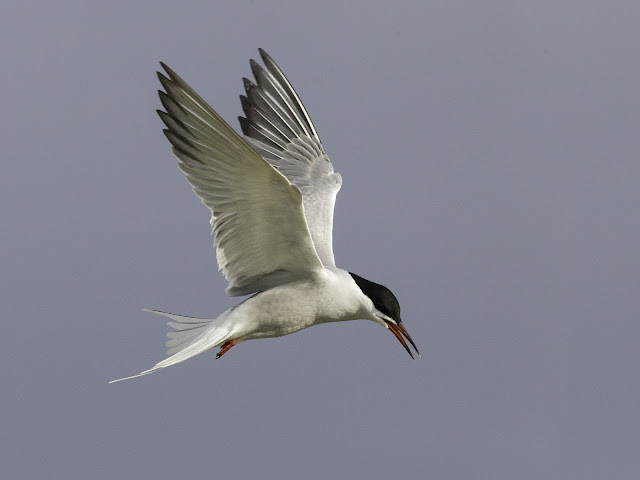 Common Gull (Larus canus) in flight.
You need both the sun and the wind coming from behind you, and a liberal supply of bread to get flight shots that aren't plagued by shadows, although the belly and part of the under-tail could be a bit lighter here. 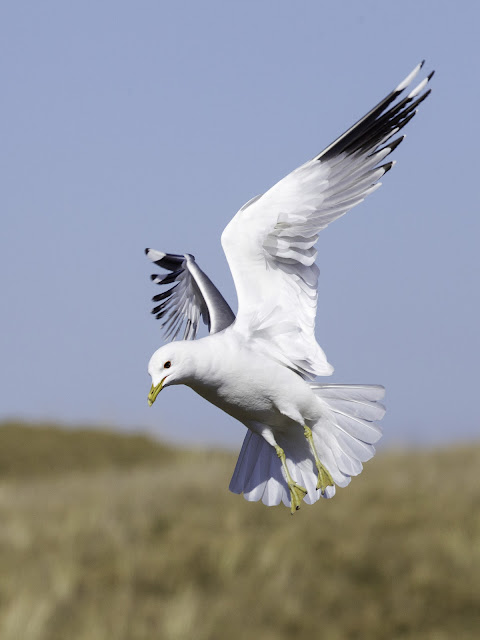 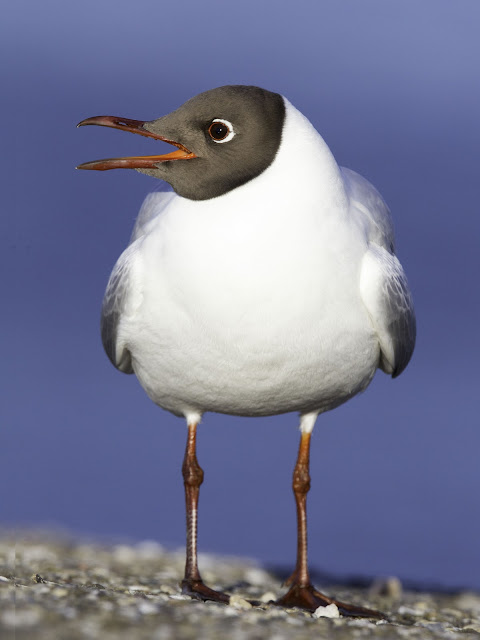 Black-headed Gull (Larus ridibundus), Summer plumage, close-up.
Despite being a "dirt-bird" to us, they are actually quite smart. 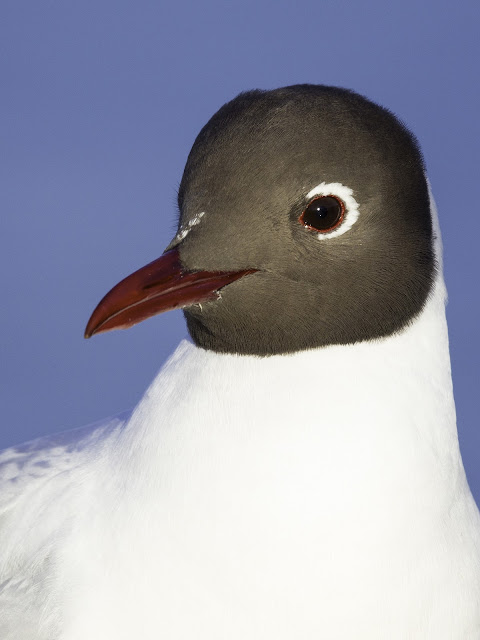 All images were made with a Canon EOS 1D Mk IV and 500 F4 Mk II lens, (with 2X converter on the Godwit and mating Terns), except the Common Gull, which was taken with a 100-400mm zoom.

Ian Glaves
Born in 1948 and brought up on a farm until mid-teens I acquired a love of wildlife early. After a school trip to the Shetland Isles I became passionate about birds, and began photographing them from about 16 years old. Mostly self taught I photograph wild birds and their environment, and give talks to local wildlife groups. I have travelled widely including the USA, West Indies, Europe, Africa and recently China on birdwatching/photography trips. I don't have a website, and try to inject some "art" into my photographs. I qualified in Medicine in 1972 and became a Consultant Radiologist in 1980. I have worked part-time 2 days per week for the last 3 years, but am fully retired now. I am secretary of Scarborough Field Naturalists, and Scarborough Birders, and a Director of Spurn Bird Observatory Trust Ltd. (a registered charity).